Its been a few years since the last kite festival was held in Toronto. The annual festival was hosted in Scarborough at Miliken Park. A few years later, the festival is gone and kites are banned in the park.

So it was great news when Dave Meslin took on the task of bringing back a kite festival to Toronto. Dave went all out and got space on the beach for the kite flyers. Winds off the water are usually the best kind of wind for kiters - smooth and constant - most of the time.

I went to the basement and got out some kites that hadn't seen the light in years. I since haven't perfected the skill of flying a duo line kite when taking pictures at the same time. So no pictures of my kites.

I got the camera out when the wind died down but there are always other methods to get some wind - self powered flight is for little people and big people. 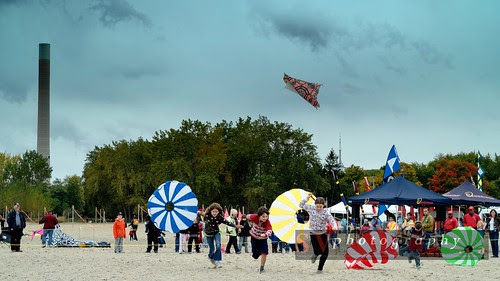 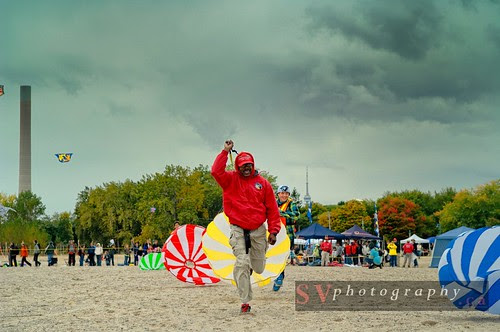 Actually, the big person in this photo is one of the pro flyers from the US and was just taking a break and having some fun. 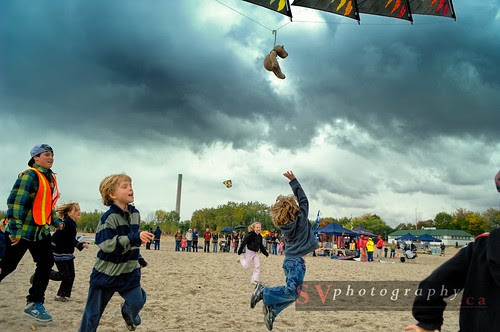 Joe made an appearance at the event 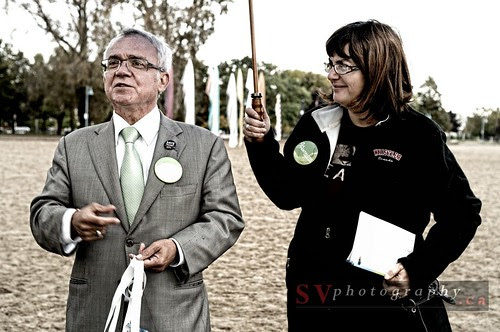 I also got in a photoshoot with Karen and Allen of Kaeja d'Dance - 2010 marks their 10th anniversary as a dance company. 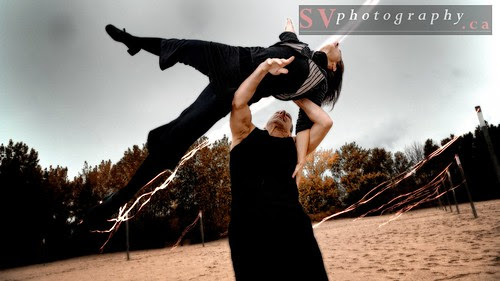 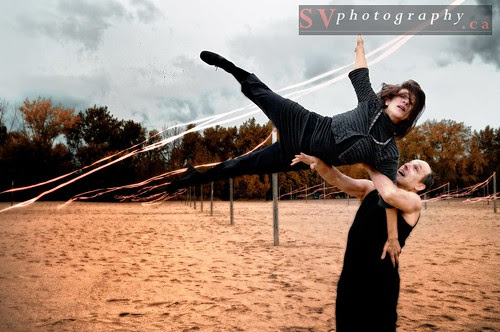