I am not the most active member of the TKF but when I was exchanging e-mails with Don, past president of the club, he mentioned that there was a call to arms for the membership on Sunday - July 11, 2010 at a golf course.

Its been a while since I have been out kiting but I managed to dig up some of my collection and headed up north and east to Stouffville to join TKF for the 10th anniversary party for the Granite Golf Club.

Golfing is another activity I haven't had a chance to do this year. I only ever get out once a year and I guess this was my 2010 outing. Private course, in a beautiful area if a little far out there for me. There is a train track that the York Durham Heritage railway runs on.

The Heritage train on its run out of Stouffville. 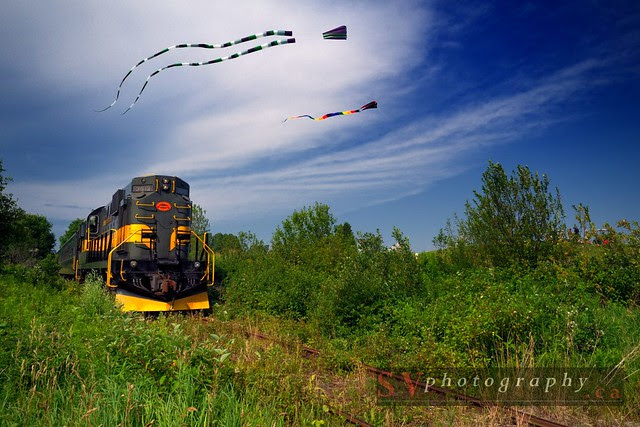 Great day for kiting or golfing 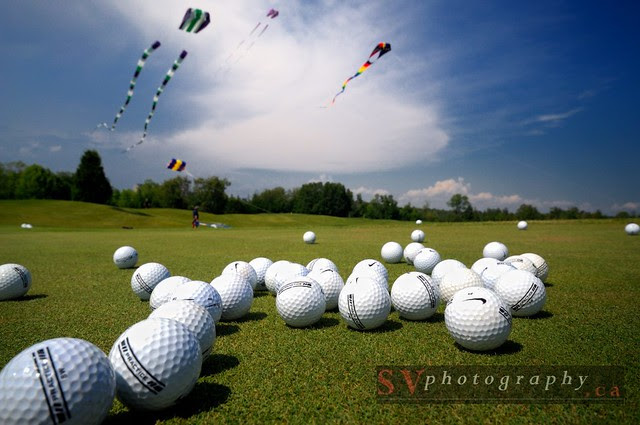 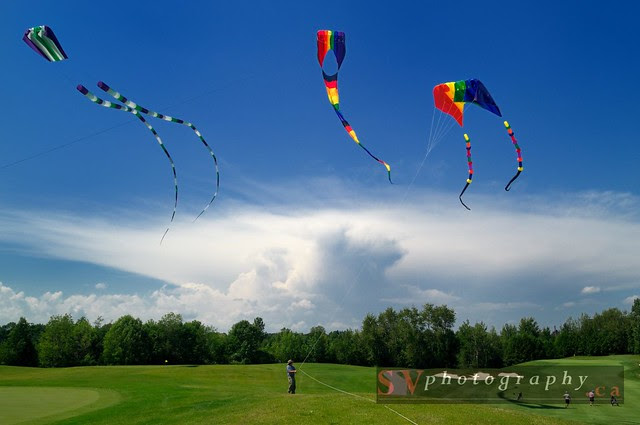 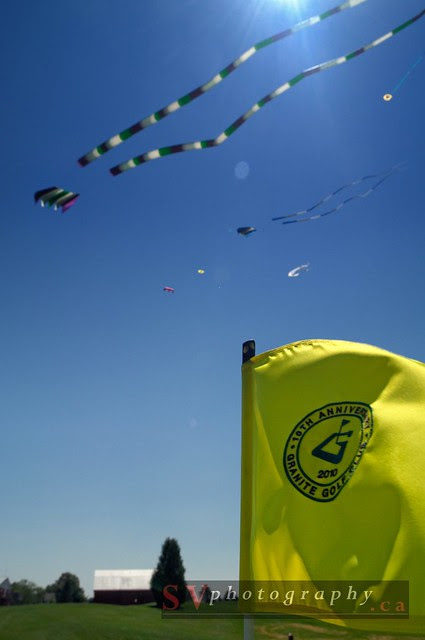 Showing off his new toy 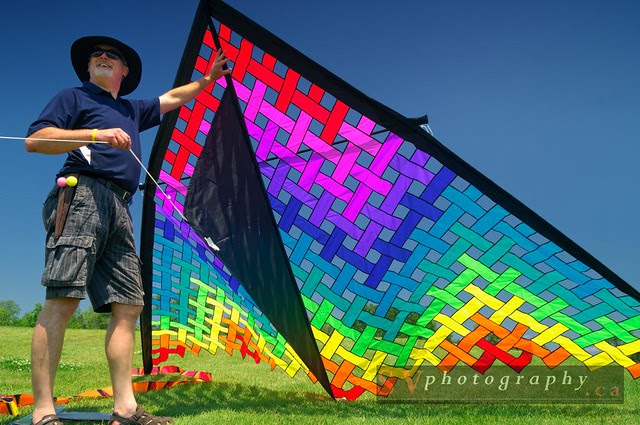 Next outing for the club is the annual Ajax Over The Edge gathering.
Labels: Granite Golf Club kites The Hertiage Train