Skip to main content
Labels
January 29, 2014
You can call this entry the Holy Grail of cameras part II. It was in 2010 when I first got the Olympus EP1 – the first of many EVIL (Electronic Viewfinder with Interchangeable Lens) cameras I have acquired over the years. I seem to be always chasing the dream of smaller / faster / cheaper promise of EVIL cameras (OK – the 2013 name for them seem to be mirrorless but I am old school). The EP1 only got the smaller and cheaper part (if you got one at the clearance price), not the faster part – it was slow as a turtle.

Over the years, the Olympus cameras have increased their operating speed and AF speed but they always seem to be held back by their smaller sensors – I always found them to be bright sunny day cameras only, get them out in the dark and they were horrible cameras to use.

It was not until 2012 that the Olympus EM-5 came out and all that changed. ISO 1600 images were actually usable from the EM-5. This was when I first started to invest some money into the lenses. There was actually a camera body that was worth the time and money to invest in some lenses in additional to the kit lenses.

Then Fujifilm came out with the X-cameras, APS-C sized sensors – same as the majority of DLSRs on the market today, fast prime lenses, beautiful colours straight out of the camera, smaller form factor. But they were expensive and they were slow. So I held off on them until I managed to get a deal on an X-E1. That camera reminded me so much of the EP1 – the slow operational speed, slow AF, slow playback, slow write times, horrible lag on the EVF but beautiful colours in the images, but it could hold its own at high ISO. The sensor was the star but was held back by the rest of the camera. It seemed like a repeat of the S2/S3/S5 cameras all over again – sensor ahead of its time, held back by operating speed of the body.

During boxing day, I made the mistake of hanging around the camera stores and saw a deal on an X-E2, much improved on the operations front but the AF speed was still no match for the Olympus EM-5 but at least it was usable.

I also noticed that in my city there is a monthly Fuji meetup / photo walk event that had started in November of 2013. It’s called Fujituesday and I had wanted to check it out for the last 2 meetups but never had the chance. But last night I managed to get out Union Station for the January event.

To my surprise, a Fujifilm Canada rep, Jerry was on hand and had brought out some goodies – 2 new un-released X-T1 bodies with announced but un-released 56mm F1.2 and 10-24 F4 lenses on them!

I got to try out the X-T1 body and it fulfills 2 out of the 3 promises of EVIL. Smaller & Faster – I didn’t have my EM-5 with me but switching between the X-E1 and the X-T1 was night and day in operations speed – AF speed is a match for the EM-5 if not faster, burst rate is quick and buffer is no D4 but deep enough for most uses. The lag in the EVF is gone – we were inside Union station with atrocious lighting and it worked fine. But it’s not cheap – more expensive than most APS-C DSLRs. 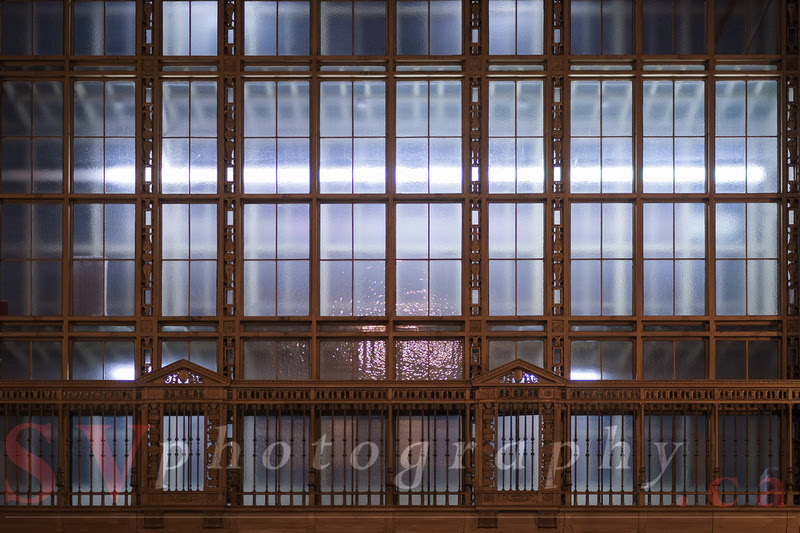 Image from the XF56mm F1.2 on my X-E1 - not really what it was designed to shoot but I had to make do with what I had. 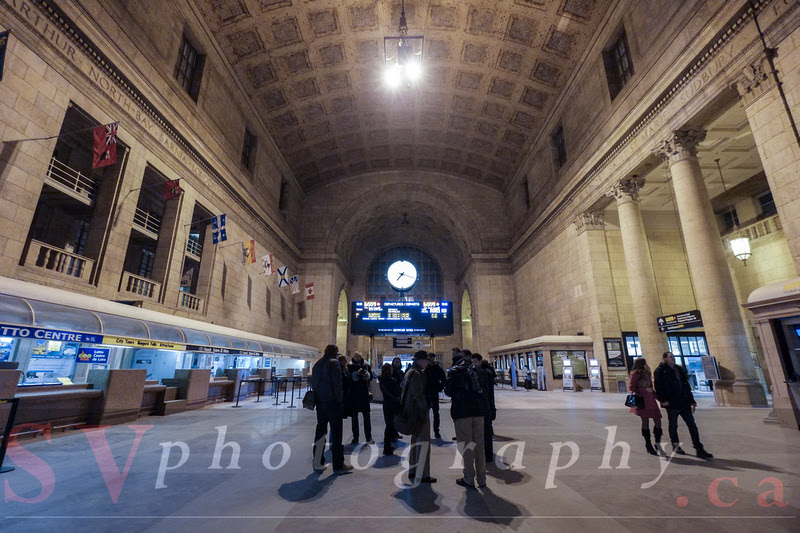 There wasn’t much photo walking as most of us just wanted to play with the new toys. 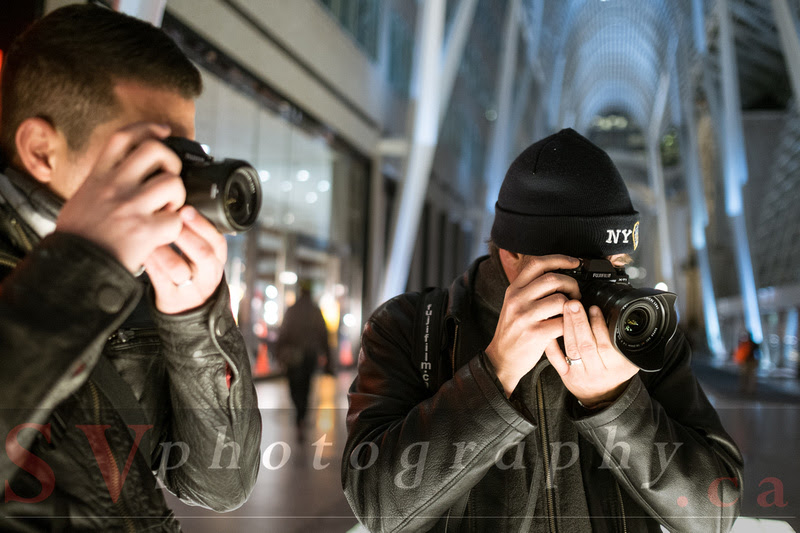 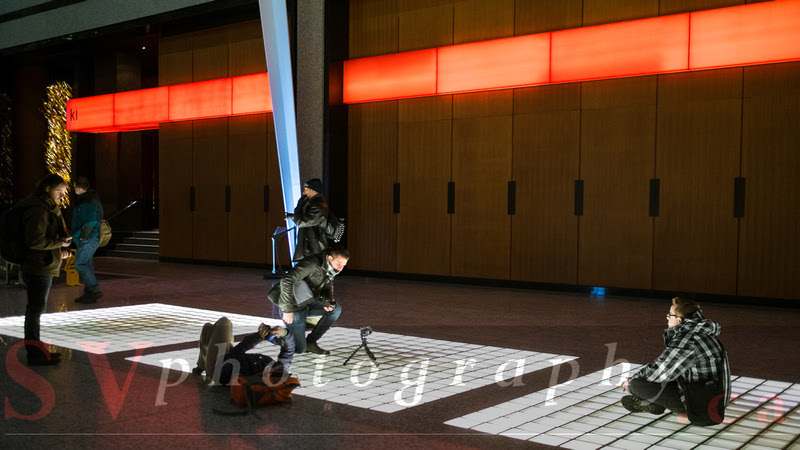 It was getting late when we started our photo walk - so I didn't get too many photos. I needed a tripod for this shot but then I remembered I had broken the tripod mount on the camera in November - so just did it hand held.

I think the X-T1 has come the closest to the Holy Grail of cameras for me than any other camera. Two out of three isn’t too bad.