The 12th annual Toronto Zombie Walk concluded another successful run this year. Similar to prior years – the zombies assembled at Nathan Philips Square in front of Toronto city hall – just like the final battle scene at Raccoon city from the very first Resident Evil movie.

The day started off cloudy with a chance of rain but again similar to last year – the rain held off and the sun even came out.

This is my second year shooting at the Zombie walk – the debate I had was what to bring. I had a lot of fun last time with the Fuji X100 with a bare flash – it was supposed to be a flash with a beauty dish but because I forgot a part – I could not mount the flash to the dish – hence I went with a bare flash. This year, I used the Godox AD360 external flash which gave me more power to work with and also a simpler small Octa box that mounted straight onto the flash head. Again, I went with the X100 for the build-in ND filter and the leaf shutter for a lighter kit and a moodier look to the images.

Below is what I got with this kit. 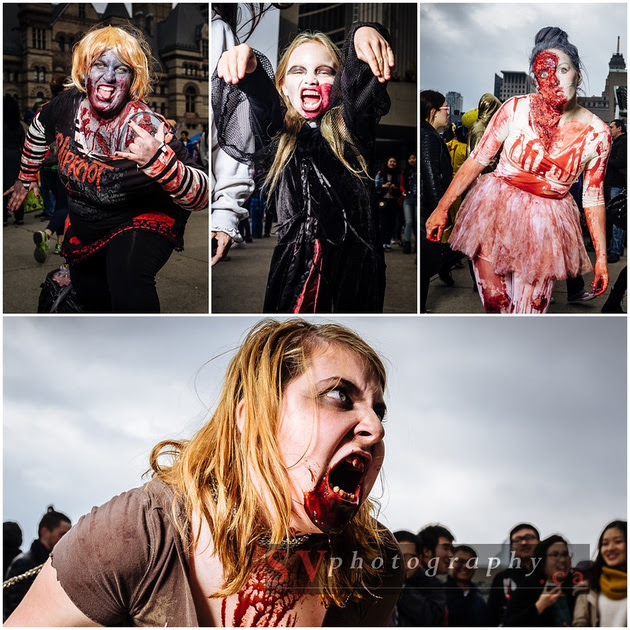 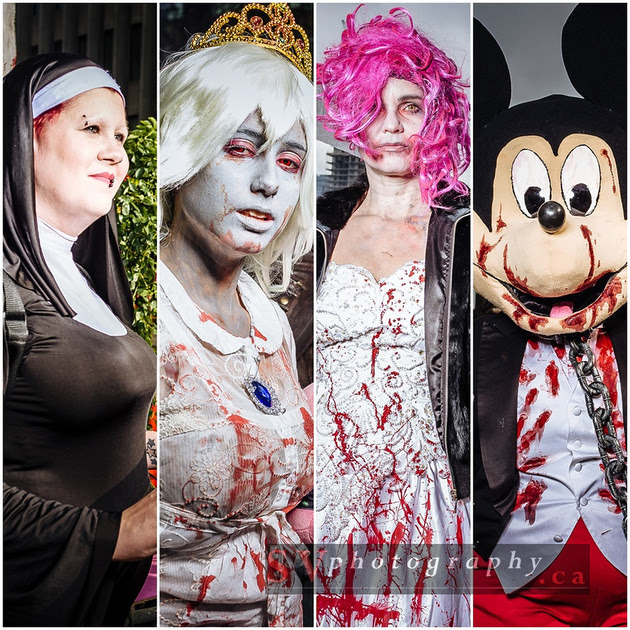 So this year they got a band and some vehicles so it was more like a parade of zombies. 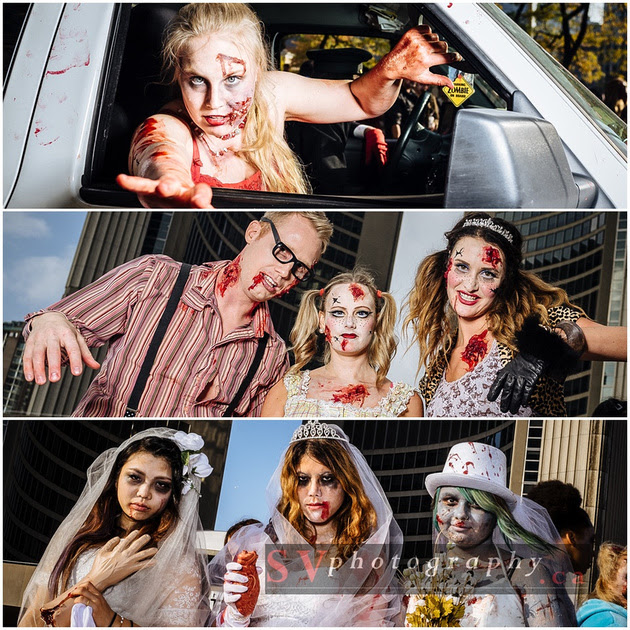 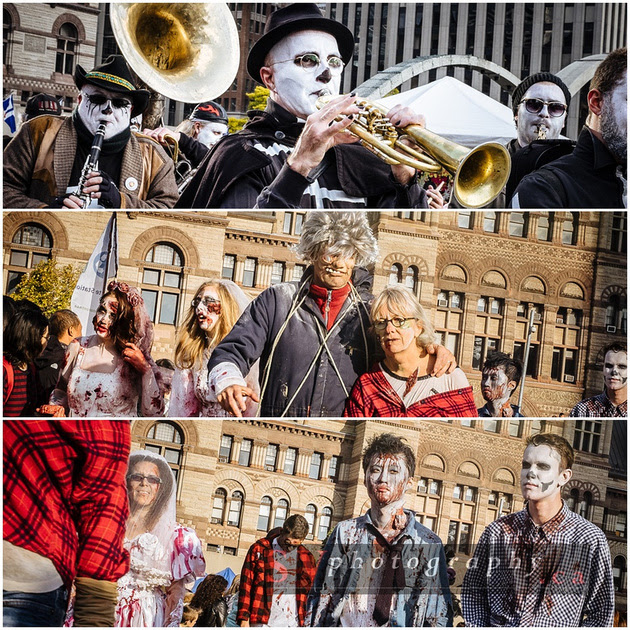 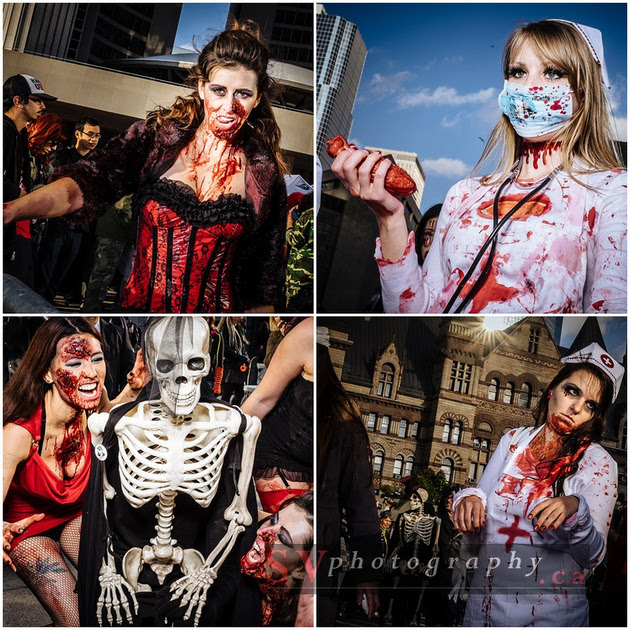 To see the rest of the images, they can be viewed at my site: