Day 1 of the Lighten Up and Shoot Toronto Workshop

Part 2 or Day 1 of the Lighten Up and Shoot Toronto workshop. For part 1 of my write-up, go here.

Saturday morning found 8 photographers at 3 Oaks Photography, a studio in the west end of town. Morning program consisted of some in-class lectures which for me was nothing new. If you watched all of the Lighten Up and Shoot videos you would have gotten the same information. This was the good and bad thing about Andy and Mikey – they teach you what is on their web site – no secrets or addition materials for attending the workshop. What you see on their website is what you get in their workshop. I guess Andy will say he has the Genius Square table he showed us which is not on his website – but it’s really just a nice way to show the relationship between ambient exposure and subject exposure when you change the various camera settings (ISO, shutter speed, aperture, and flash power). A different way to show how to adjust the balance between ambient with flash lighting.

I believe that we had issues with scheduled models who didn’t show up so Andy and Mikey had to talk longer than expected. The lectures are not too structured – they like to have discussions / feedback from the audience – unfortunately for them – I think it was too early in the morning for us to question them on anything.

Afternoon rolls around and 1 model and her boyfriend shows up to help us out. The boyfriend is commissioned as a model and off we go to get some shots. 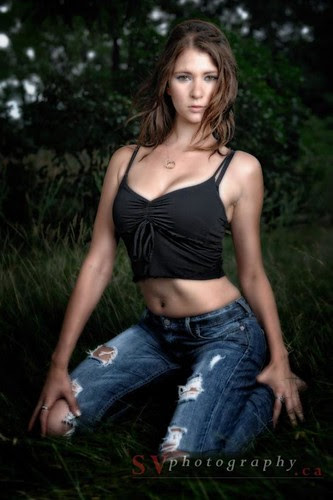 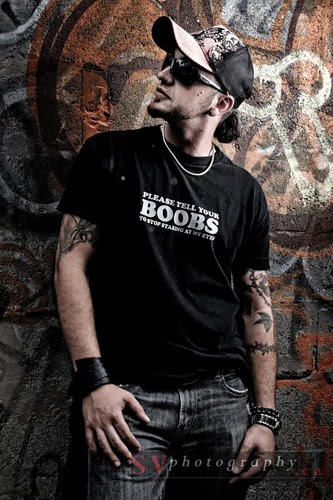 This was the time where we get to put the theory to use. The signature style of Lightenupandshoot is their use an Apollo Westcott 28” softbox with an SB light inside. The Westcott softbox is designed for small strobes and folds up like an umbrella – it’s a reflective design so light is soft but like any reflective design – what you gain in diffusion, you lose in power. Andy and Mikey were very helpful in giving advice or ideas to try out with the lighting and models. 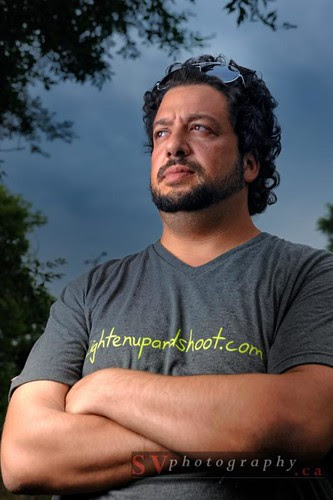 However, rain moved in and our shooting session ended. The group heads off for a late 3PM lunch.

The next stop was the Creative Images Studio – formerly Spectrum studios near Queen and DVP. We had a little debrief on the morning session and tried our hand at some indoor studio setups. Our models from the morning shoot had to leave and we ended up shooting each other.

I pulled Mikey aside and got him to pose with his equipment. I believe that Mikey and Andy wanted us to go outside and shoot strangers but it was still raining. 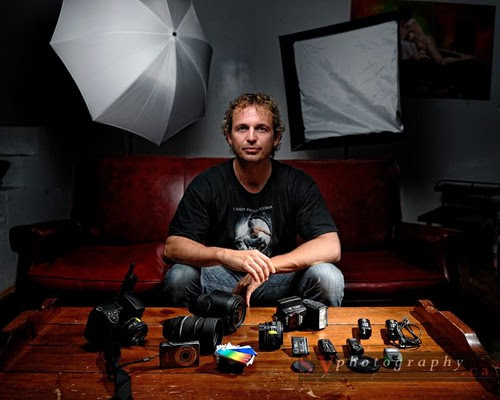 When the rain stopped, we headed out to the Distillery district – as it was the Jazz festival weekend – the district wasn’t too busy. For this assignment, Andy and Mikey had us split into roving packs of 2-3 photographers each and to approach strangers offering them a 5 min. photoshoot.

They helped us get started by showing us how to get strangers to pose for us.

Here is Felix from Germany: single SB-800 in Apollo, another SB gelled blue in cab of truck 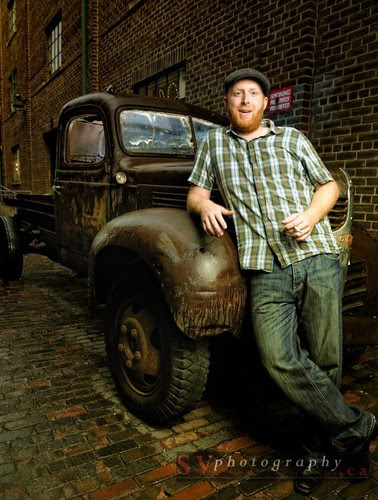 Here is Dave from TO: single SB-800 in Apollo, bare flash rimmed on rear right 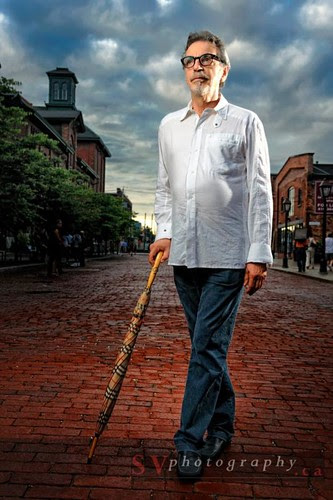 Here is Tamara who was going to work when we ran into her. Natural light. 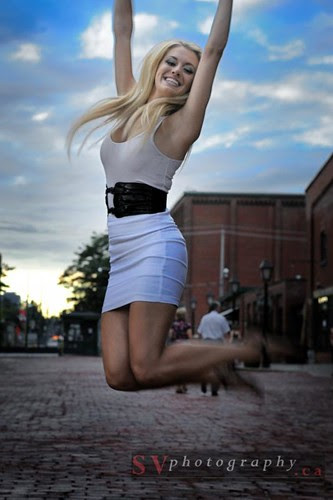 The fun ended when we were kicked out of the district because we didn’t have a permit. The Distillery district is private property with public access – similar to a mall so we had to leave.

You can see the security guard in the back telling us we had to leave because they were receiving complaints about us...I suspect it was from a wedding photographer who was afraid of our softboxes :-) 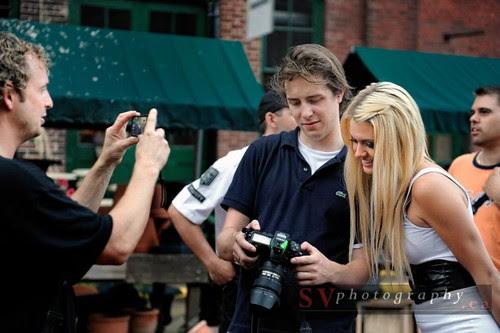 Outside on public property, one of our roving groups got asked to assist another wedding photographer 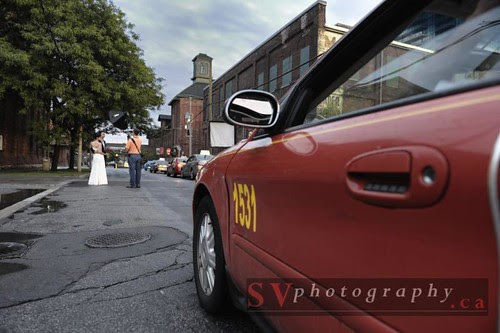 Ana and I tried out our opening line on Dave - who was out walking his 2 dogs. He kindly agreed to give us a few minutes - single SB-800 in Apollo on right 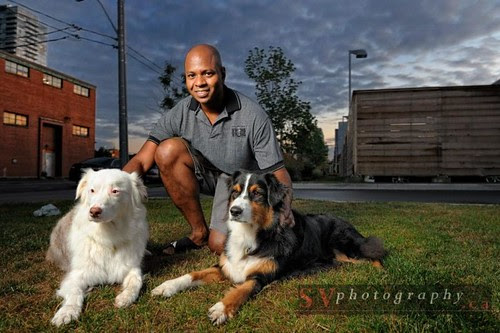 Here is Ana, my partner in the our little assignment. Single SB-800 in Apollo. 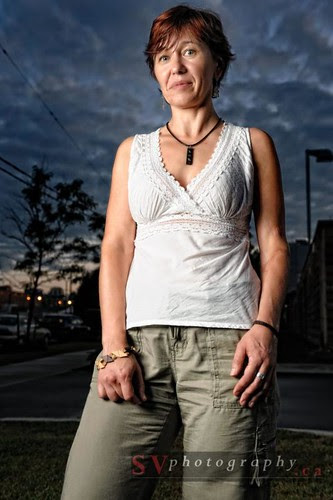 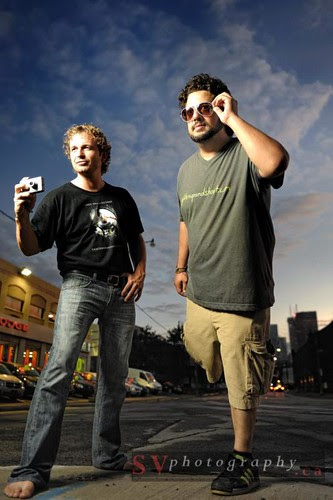 At this point, I needed to charge my batteries again and headed home. I believe that Andy and Mikey headed out to a bar in the Annex area for more fun but I was all funned out.